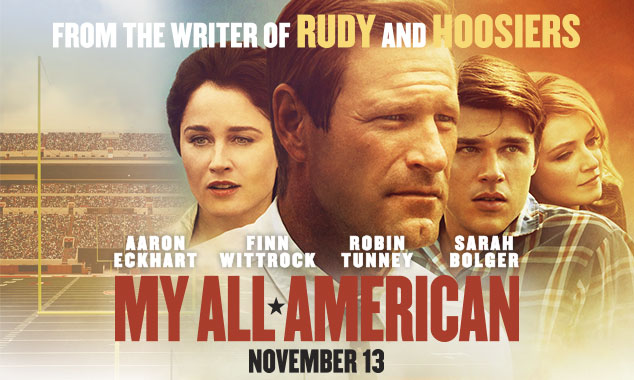 Excited to share with all of my Silver Spring, MD readers a FREE MY ALL AMERICAN Advanced Movie screening.  All you have to do is click here and print out your FREE passes. As always seats are first-come, first-served so we strongly suggest early arrival. Please let us know if you are interested in this opportunity as soon as possible. ( we have more up oming screenings for this movie in other areas soon)

What  Freddie  Steinmark  (Finn  Wittrock)  wants  most  in  the  world  is  to  play  football. Deemed  too  small  by  the  usual  athletic  standards,  his  father  trains  him  hard,  and Freddie brings a fight to the game that ultimately gets him noticed — by none other than legendary  University  of  Texas  coach  Darrell  Royal  (Aaron  Eckhart).  Awarded  a scholarship and a chance to play for the Longhorns, Freddie sets off to Austin with his loving  high  school  sweetheart  Linda  (Sarah  Bolger),  determined  to  make  the  team. Alongside  his  old  teammate  Bobby  Mitchell  (Rett  Terrell)  and  new  pal  James  Street (Juston Street), Freddie is put through the paces of a grueling practice schedule, but the boys’  camaraderie  off  the  field  translates into  solid  playing  on  it,  and  they  rise  up  the depth charts, giving the Longhorns a real chance to turn the team around. But just when they’re reveling in the success of the season, Freddie suffers an injury that leads to a shocking  diagnosis  and  the  biggest  challenge  he  will  ever face.  From  the  writer  of HOOSIERS and RUDY, MY ALL AMERICAN tells the true story of a boy who became a hero and what it truly means to have the heart of a champion. 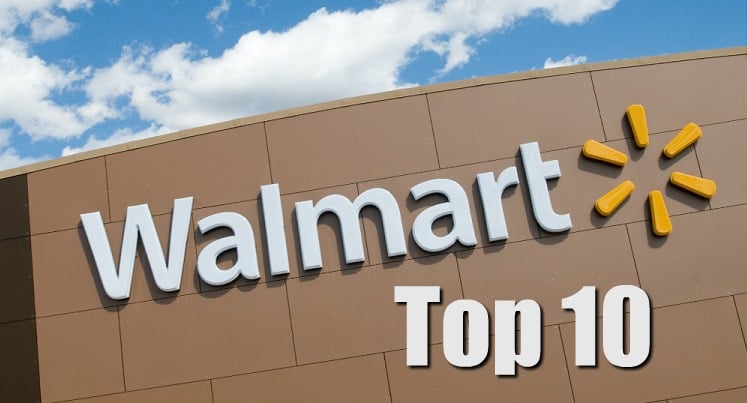 Facebook Twitter Pinterest Yummly Buffer Print Reddit  We’ve  got several new ones so be sure and look the list over – newest are at the top! Here’s your Walmart deals: Buy Summer’s Eve On The Go Cleansing Wipes $1.72 Use $1.50/1 printable here Final price: 22¢! Buy Hallu Bath Bombs $1.50 Use .75/1 printable here Final… 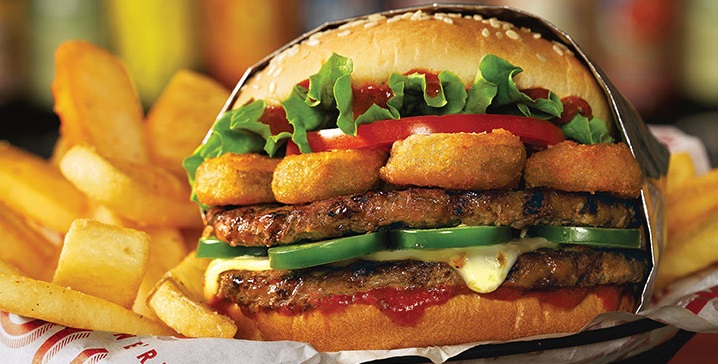 Facebook Twitter Pinterest Yummly Buffer Print RedditSeptember eBook FREE for Prime Members! Prime members Get Your September eBook! Each month you’ll get one FREE Kindle eBook and this month you’ll have nine to choose from! The books are valued at $4.99 and are available in advance of their official release date! Remember, you don’t have…

Facebook Twitter Pinterest Yummly Buffer Print Reddit Maybelline FREE + Profit! Thru October 27th, you’ll get $5.00 EB wyb 2 Maybelline cosmetics.  There is also a $3 off Maybelline coupon printing from the CVS kiosk as well as manufacturer’s coupon we can stack for better than free and cheapie deals! The insert coupons are regional… 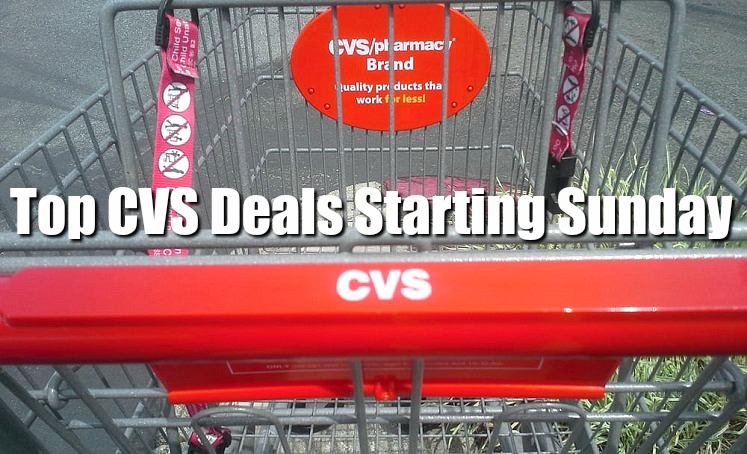