Economic hardships can happen to anyone.

In 2008 especially, the whole state of Texas went through a devastating economic crash when the real estate market tanked and home prices plummeted.

Emergencies such as this saw a lot of people fall on hard times and turn to installment loans for support and guidance. Whether it was for a few hundred dollars or a few thousand, people needed to pay the bills.

However, these smaller personal loans tend to come with a rather high-interest rate — at least, they did before the federal and state laws decided to protect borrowers!

Even to this day, finding the laws that govern installment loans in Texas is incredibly hard (almost weirdly so). Hence why we are going to go through them here so you don’t have to spend hours trawling the internet.

Let’s start with the laws that currently cover installment loan borrowers in Texas before we have a gander at what life was like before they were passed.

What Laws Govern Installment Loans in Texas? When Were They Passed?

We know that not all of you are going to want to sit through a detailed description of all the state and federal governing laws. So, we’ll begin with a summary, so you can continue with your day if you feel like it!

In the summer of 2019, Texas found itself under new laws that made installment and payday loans safer for borrowers. To tell you the truth, they were still pretty relaxed about it all—but at least something was being done!

The Consumer Financial Protection Bureau stated that installment loan lenders had to check whether you were able to repay the loan before you’re allowed to take it out.

Before 2019, this was not a legal requirement and many people fell prey to the debt cycle (we’ll talk more about that later).

Other than that, everything else was covered at a state level. Texas is one of the few states that happens to be laid back about the whole installment loan situation. However, lenders are expected to follow these caps under the Office of Consumer Credit Commissioner law Title 4 Subtitle B Chapter 342:

Having said this, you can check to see whether a certain installment loan lender is registered under the Credit Access Business. If they are, the lender is bound by some limitations to prevent you from being taken for a ride.

Okay, yup, that was a long summary but you now know the most important bits and bobs. For those of you who want to learn more about each law in turn, this next bit is for you.

And if you want to look up the laws yourself, click here.

As you have probably gathered by now, laws are confusing. Regardless of which laws you are looking at, they are bound to muddle your brain (unless that’s your “thing”).

Trust us, we understand. So, we’re going to make this as simple as possible for you.

Without further ado, let’s get into the nitty-gritty.

This one covers contracts and other paperwork produced by credit access businesses in Texas. It states:

This bill covers loan extensions and criminal penalties. It sets out the various types of installment loans that lending companies based in and serving Texas can provide.

Alongside all of that, it defines how credit lenders can no longer threaten or pursue criminal charges against their customers who are late on payments. While this has technically been illegal for a long time, many leaders disregarded it. There were plenty of instances where borrowers were being targeted by their lenders to serve jail time for defaulting.

Unfortunately, it seems that nothing happened to these lenders who threatened their borrowers. However, the innocent people were relieved of any stress when this particular bill was passed in the summer of 2019.

Similarly to the above, these bills set the standards for incriminating consumers. In laymen’s terms, it says that lenders aren’t allowed to threaten or press charges against their customers.

Unless, they have sufficient extrinsic evidence to prove that their borrower has committed a crime under Section 31.03, 31.04, or 32.41.

The list of bills passed is incredibly long (so long that you’d probably be bored to tears by the time we were finished!). However, the crux of the matter is this — the summer of 2019 saw a huge onslaught of regulations ensuring borrowers are safer when taking out installment loans in Texas.

But, what was borrowing life like before these regulations? Let’s have a look.

The story of Gordon Martinez is a prime example of the dangers that installment loans in Texas posed before the laws set out by the Consumer Financial Protection Bureau.

Martinez’s sad story is the same as many American’s (unfortunately). And yes, it involves the dreaded “debt cycle”.

Gordon Martinez, a former teacher, moved to Texas to start an exciting new career in sales. However, he quickly found that he couldn’t pay his rent and turned to a shopfront installment loan lender to help.

He ended up taking out around $1,200 to make ends meet. Everything’s fine now, right? Wrong!

The fees and interest rates on this loan were so incredibly high that in a few months, the $1,200 turned into $3,500. The lender had unjustly set him up to fail (i.e. keeping him in debt so they could make more money).

Why Was This Allowed to Happen?

If you were just pondering this question, we wouldn’t blame you. But the answer is simple—there were no regulations stopping installment loan providers from hoisting up the fees and giving unclear contracts.

How Do the Regulations Stop People from Getting Trapped in the Debt Cycle?

According to David Winfield of SimpleFastLoans, an online installment lender in Texas, “The regulations transformed the loan landscape in Texas. By ensuring that all lenders had to check whether someone could afford to pay the loan back, capping certain interest rates, and minimizing late fees, borrowers found more peace when trying to gain financial aid.”

Alongside this, the bills worked to make contracts clearer. Trust us, the former contracts were difficult to understand. Not only were they filled with legal jargon and seemingly nonsense words, but they were also written in terribly small print. People in crisis don’t have the mental capacity to digest all of it—and lenders prayed on that. But not anymore!

Of course, these new regulations were meant with some backlash. Several people believed that they were far too strict and were punishing those who needed installment loans the most.

Ultimately, people who needed the money most were the ones who were more adversely affected when they slipped further around the debt cycle! Because of this, the regulations were passed despite those who felt it was a crime against humanity.

Nowadays, applying for and obtaining installment loans in Texas is very safe. You can easily check accredited lenders to see whether they are following the relevant guidelines.

Plus, all contracts and documents provided by the companies will be clear and easy to read, allowing you to borrow in Texas without all the stress.

If you’re ready to Start Fruit Gardening, check out these tips first!

Here’s a great little offer from Qdoba: Free Chips & Queso! You’ll need to click on the “like” button at the bottom of the coupon here.

If you live in the Tulsa area you can go to Reeders66.com and click on the green banner above on the front page to complete a survey for a FREE Car wash. (Thanks Rachel)

We are now excited to offer our coupon database for free for your blog. We are still working on a few things so please bear with us. We hope to soon offer away for you to add your own affiliate links but for now you can just embed the code below on your blog and…

Sign up for the Long John Silvers Fishbowl email club and get coupons!  We love LJS and these coupons come in handy 🙂 Thanks Jinni! 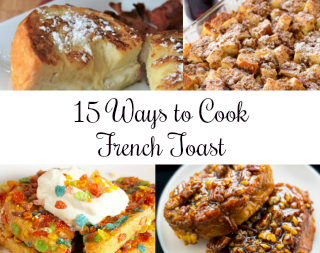 One of my all time favorite weekend treats is French Toast! You can stuff them, bake them, fry them, and always sprinkle on the toppings to your heart’s desire! The frequent thank yous are music to your ears as everyone appreciates the extra effort you go to and the escape from their every day cold cereal! After all, it’s bread soaked in egg batter and cooked to perfection… The nearly unlimited options guarantee there’s a French Toast that is sure to be your favorite too!