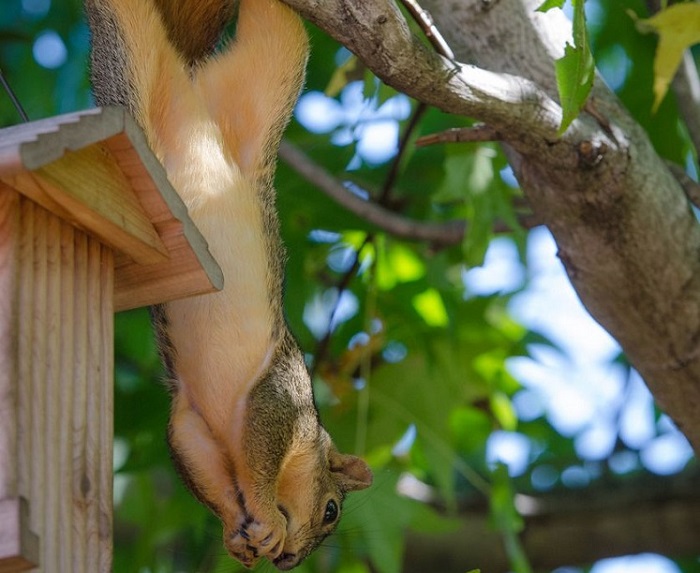 It's Squirrel Appreciation Day and we thought we'd show some love to our furry friends.  Squirrels get lots of attention from humans, but not always much appreciation. Sometimes we dwell on the stolen birdseed or the occupied attics but squirrels have a softer side, and can be quite entertaining.

They're cute and fun to watch as they scurry along in trees playing tag or using their front paws to hold food. 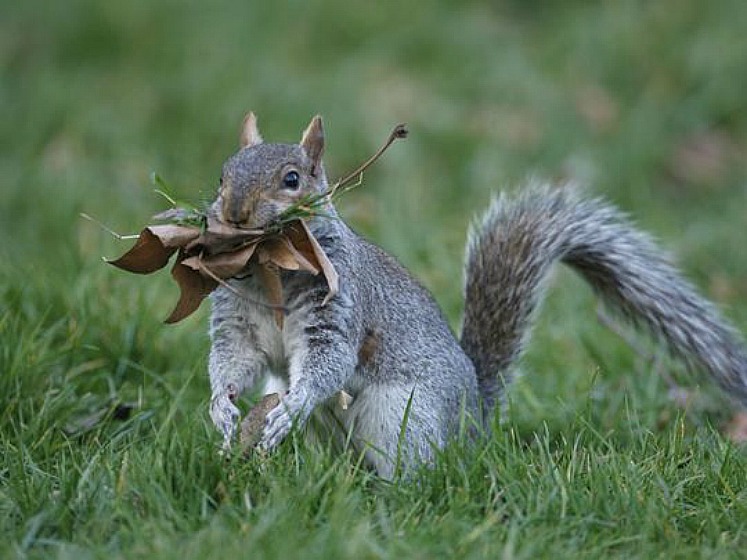 Here's some fun facts you may not know about squirrels:

1.) There are more than 200 squirrel species worldwide, from tree squirrels and flying squirrels to chipmunks and marmots. They're all in the Sciuridae family, which is native to every continent except Australia and Antarctica.

2.) They range in size from the five-inch African pygmy squirrel to relative behemoths like Indian giant squirrel (up to 3 feet long).

3.) They have four front teeth that grow continuously, at a rate of about six inches per year.

4.) Adult tree squirrels normally live alone, but they sometimes nest in groups during severe cold spells. A group of squirrels is called a “scurry” or “dray.” 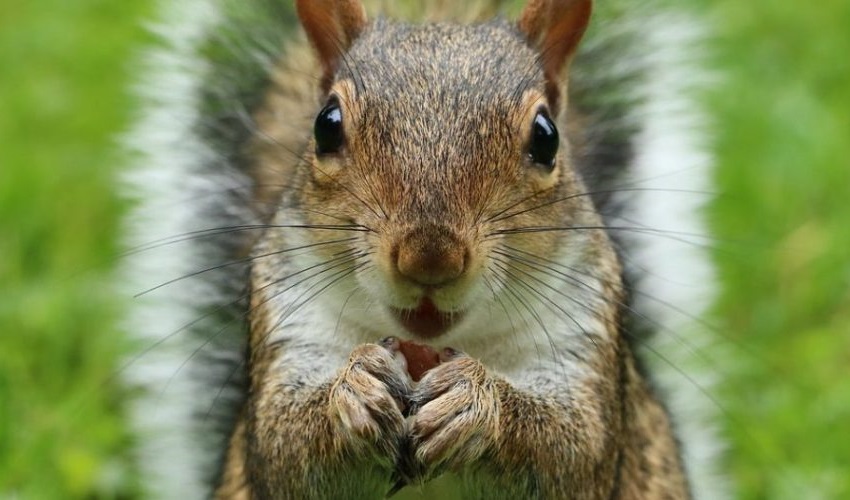 5.) Tree squirrels mostly eat nuts, seeds and fruit, but they are omnivores. Gray squirrels, for example, have been known to eat insects, snails, bird eggs and animal carcasses when other food is scarce.

6.) Squirrels, like many rodents, can't vomit. They also can't burp or experience heartburn.

7.) The average adult squirrel needs about a pound of food per week.

8.) Tree squirrels don't hibernate in winter, instead relying on caches of acorns and other nuts they buried earlier in the year. They may create hundreds of caches per year, but thanks to a detailed spatial memory and a strong sense of smell, they recover about 40 to 80 percent. 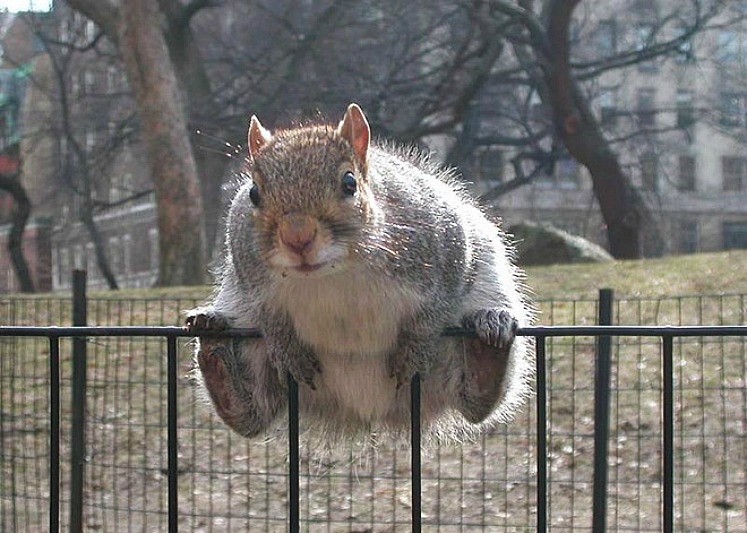 9.) A 2010 study found that some squirrels collect old rattlesnake skin, chew it up and then lick their fur, creating a kind of “rattlesnake perfume” that helps them hide from the smell-dependent predators.

10.)  Flying squirrels can't really fly — they just use flaps of skin between their limbs to glide from tree to tree.  Their acrobatic leaps often span 150 feet, with some species covering nearly 300 feet in a single glide.

11.) Squirrels communicate using complex systems of high-frequency chirps and tail movements. Studies have also found they're capable of watching and learning from each other — especially if it relates to stealing food.

12.)  American red squirrels are solitary and highly territorial, but in some rare cases they've been known to adopt orphaned pups of their relatives.

If squirrels aren't your thing, today is also National Hug Day and Granola Bar Day. Here's an idea, hug a squirrel while feeding it a granola bar 😜😄

Looking for a great deal on a waterproof  8GB Kindle? Head over here for details. 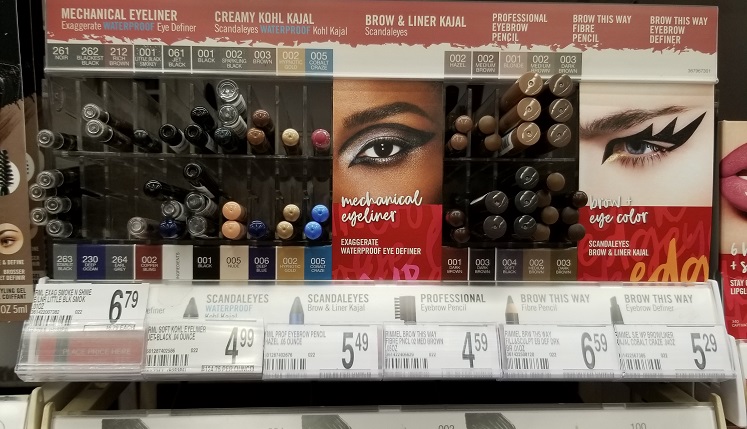 Rimmel Cosmetics on the Cheap … Rimmel Cosmetics as Low as 7¢! Next week Rimmel cosmetics will be on sale 40% off. There’s a nice $3 off printable coupon that popped this morning and even better there’s a store coupon to stack with it! Here’s a few of the deals we see coming for 8/4: … 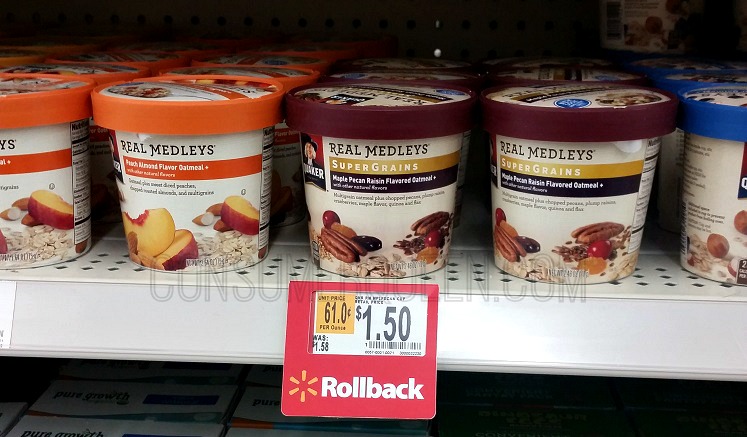 If you’re a fan of the Quaker Overnight Oats we’ve got a coupon that will save you some  money at Walmart. Buy 2 Quaker Overnight Oats $1.50 Use $1.00/2 printable here Final price: 2/$2.00 ($1 each!) Walmart Coupon Policy * Price Matching Policy * Current Walmart Deals  Remember Walmart prices may differ but check yours for these money… 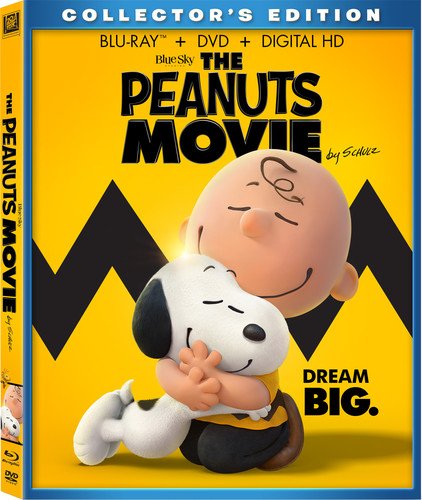 The Peanuts Movie: Blu-ray + DVD + Digital HD $3.99! Peanuts Fans! head to Amazon.com and grab a great deal on The Peanuts Movie! Charlie Brown, Snoopy, Lucy, Linus and the rest of the beloved ‘Peanuts’ gang make their big-screen debut, like they’ve never been seen before, in state of the art 3D animation. Charlie… 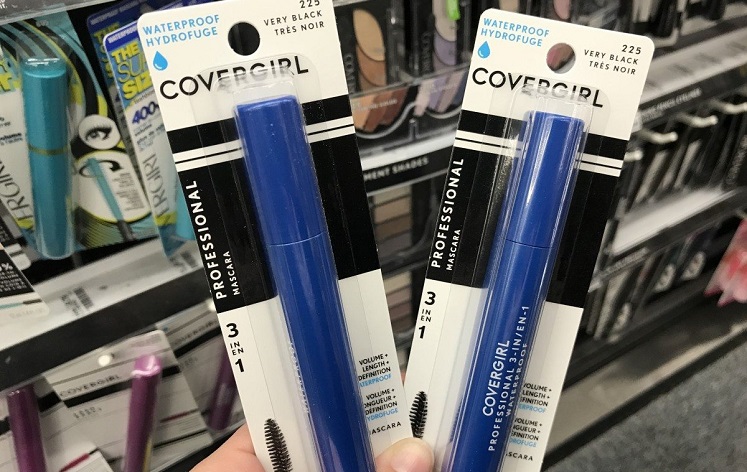 We’ve got just the thing for those game day get togethers – a B2G1 FREE pizza coupon! Buy any 2 DiGiorno pizzas and get one free at Target, Homeland/Country Mart, Walgreens for the same price.  All three have the pizzas on sale for $5.00 which makes them 3/$10 or $3.33 each using the coupon! Target…