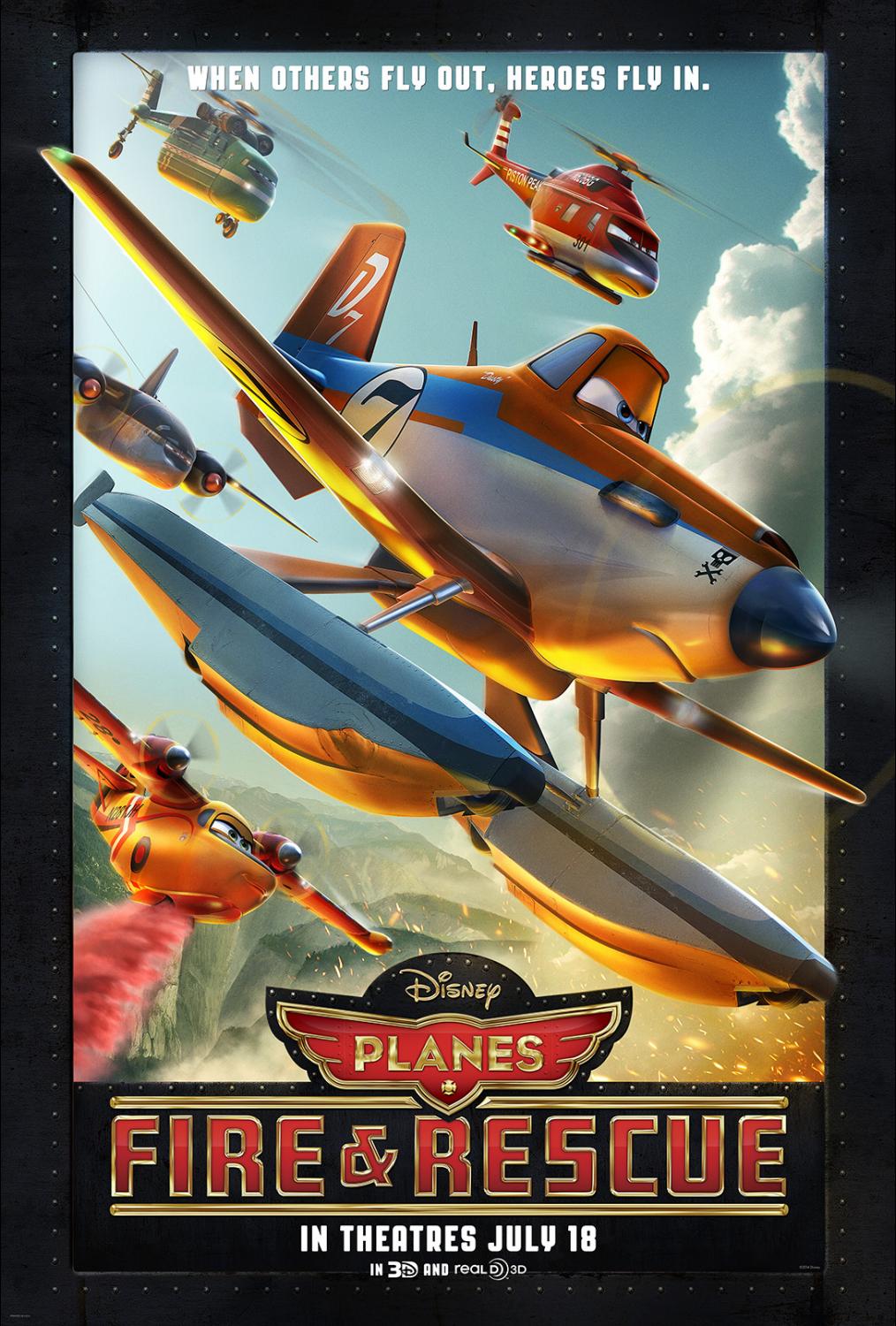 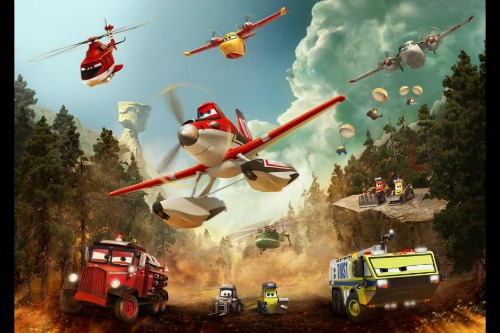 Before I get into my review, here is a little bit about the movie itself:

“Planes: Fire & Rescue” is a new comedy-adventure about second chances, featuring a dynamic crew of elite firefighting aircraft devoted to protecting historic Piston Peak National Park from raging wildfire. When world famous air racer Dusty (voice of Dane Cook) learns that his engine is damaged and he may never race again, he must shift gears and is launched into the world of aerial firefighting. Dusty joins forces with veteran fire and rescue helicopter Blade Ranger and his courageous team, including spirited super scooper Dipper (voice of Julie Bowen), heavy-lift helicopter Windlifter, ex-military transport Cabbie and a lively bunch of brave all-terrain vehicles known as The Smokejumpers. Together, the fearless team battles a massive wildfire and Dusty learns what it takes to become a true hero. Directed by Bobs Gannaway (“Secret of the Wings”) 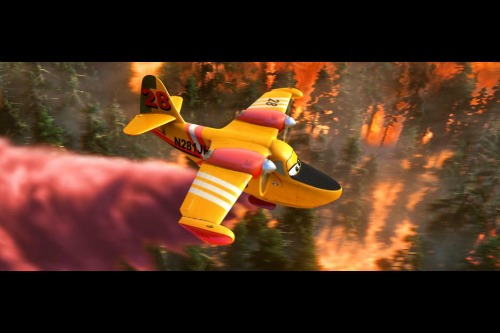 Well I must say that after getting to see the special preview in LA. I was pleasantly surprised. I laughed the entire movie. I loved the way that Disney added some adult humor into the movie without going OVERBOARD like some recent children’s movies I’ve seen. It was still wholesome yet kept even the adults entertained. I also love how Disney took real life heroes and brought them into character. You see, this is not just another awesome Disney animated movie. Disney Planes Fire and Rescue dedicated this movie to all the unsung heroes, the men and women, that put their life on the line every day to protect us. This movie showcased just how dangerous forest fires can be and they did a great job about bringing awareness to kids and adults alike. I also love the fact that in this movie Dusty is faced with a few obstacles in life but he is determined to follow his dreams even when others tell him he can’t. It just reaffirms to our kids to never give up, follow your dreams and shoot for the moon.

Want to bring the fun of Planes Fire and Rescue home with you? Check out the new Planes Fire & Rescue Toys. 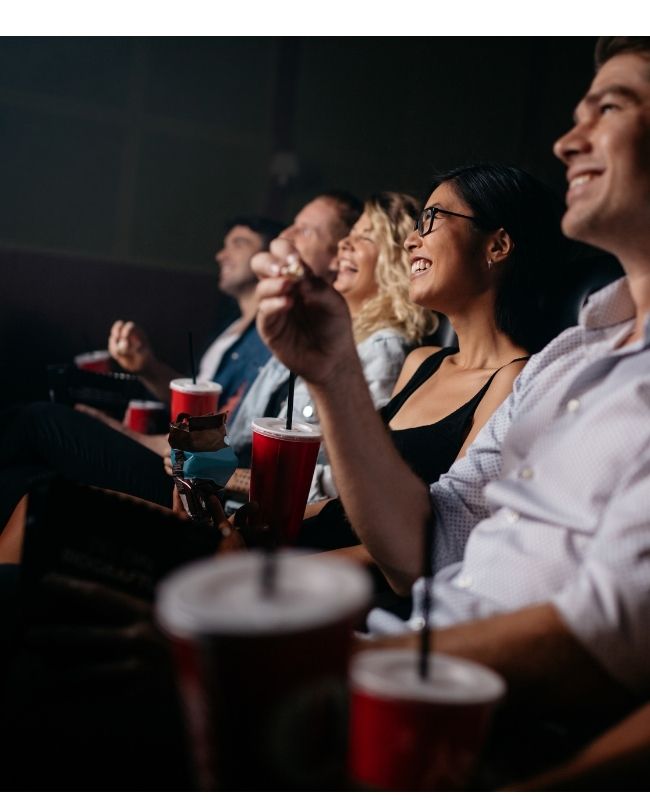 Facebook Twitter Pinterest Yummly Buffer Print RedditAre you ready to get back to the movies? F9: the Fast and Furious New Movie is now showing in theaters! At our AMC theaters, every day before 5pm, tickets are 30% less than the evening price! Discount Matinee ticket prices are displayed on the website. Also look for…

Click this link to check out the New Maleficent Products Unveiled. 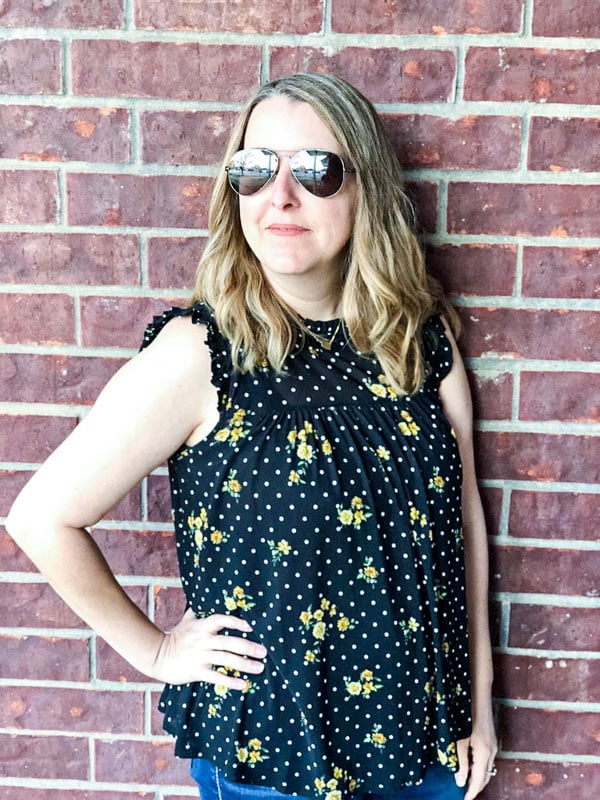 Your favorite ABC shows are headed to DVD this fall. Click the link for details!