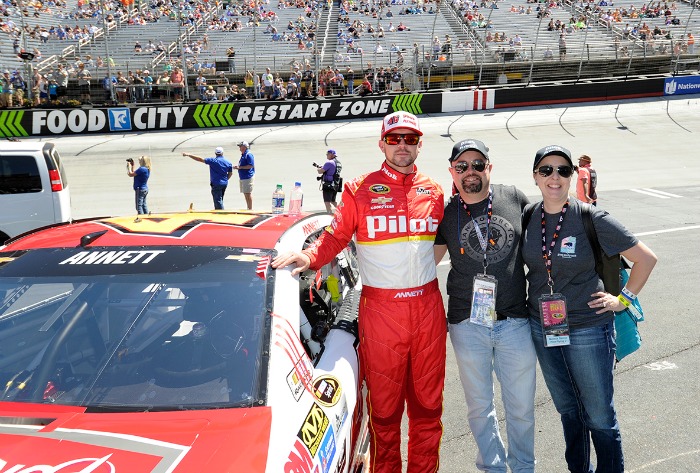 Disclosure: This post was sponsored by Pilot Flying J and the ConsumerQueen’s travel and expenses were covered so that we could experience and write this post.

We were invited by Pilot Flying J to the Spring race to learn more about #BattleatBristol and go behind the scenes at Bristol Motor Speedway to get to experience Nascar in a way that most Nascar fans dream about! We met Michael Anett driving the #42 Pilot Flying J car. Michael is really down to earth and my wife and I really enjoyed talking to him. 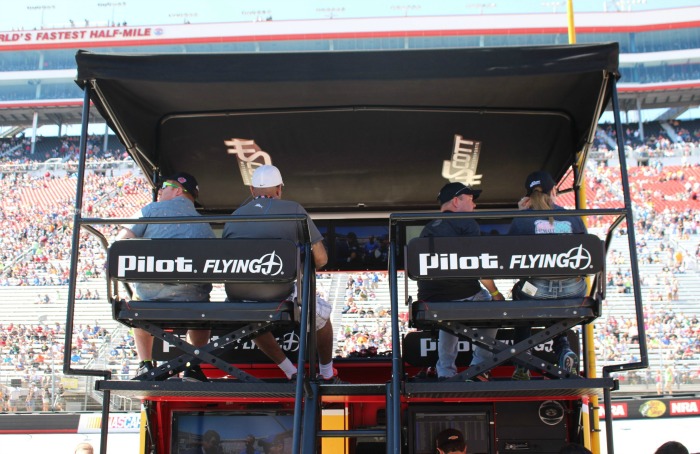 We had hot passes for the pits and got to tour Michael’s hauler which was pretty cool to see where the crew spends their downtime. We also got to watch the race up close and personal from the pit box which is an amazing experience. You can literally see what is happening behind the scenes. 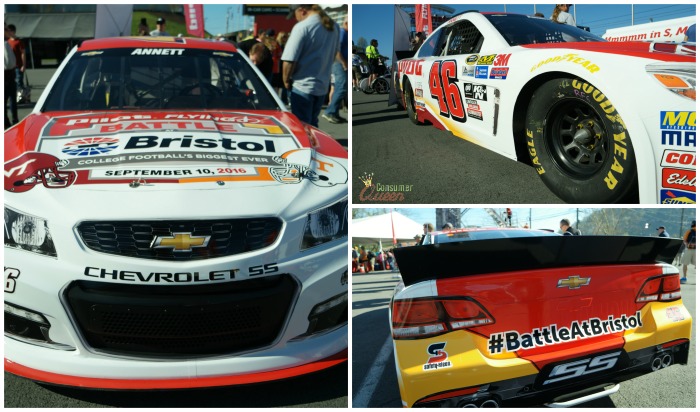 We took a ton of pictures which we may put in a 2nd post or a video for you guys to see all the things we experienced behind the scenes. You can also go check out our Instagram handles where we posted some behind the scenes pics as well : @TheConsumerQueen , @ConsumerKing and @LifesTwoShortBlog. You can also check out our new travel page on Facebook! I want to thank Pilot Flying J for this amazing experience, not only did you go over the top with this experience but you have completely turned my wife aka ConsumerQueen into a Nascar junkie like myself! Now to the good stuff ……… 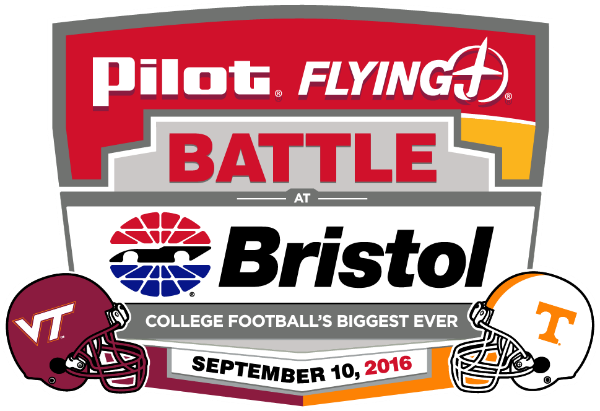 When you take a NASCAR venue that holds approx. 150,000 and put a football field in the middle, you get the recipe for a football game that can break attendance records.  The current record of 115,109 was set on September 7, 2013 between Michigan and the Notre Dame Fighting Irish.  The Pilot Flying J Battle at Bristol between the University of Tennessee and Virginia Tech is expected to have north of 155,000. 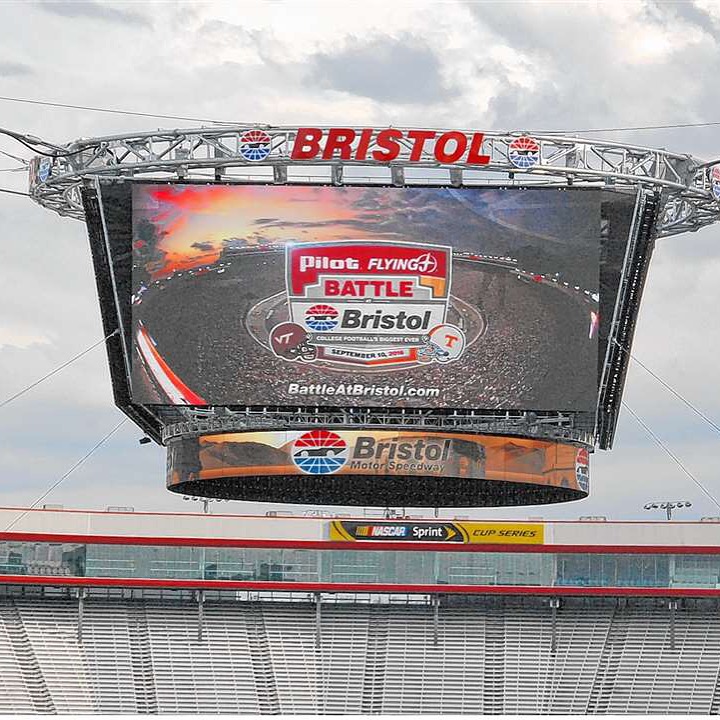 To pull this off Bristol Motor Speedway has undergone a few changes.  The first obstacle was removing the scoring pylon that sat in the middle of the infield.  They have replaced it with Colossus .  Colossus is huge, it has 4 video screens that are 30 feet tall by 68 feet wide. In total, Colossus hosts nearly 54 million LEDs and 18 million pixels.  The pixels are grouped tighter than the large-scale outdoor displays in Times Square.  The resolution is amazing.  It is hanging over 100 feet in the air so it will not be in the way, even on punts and kickoffs.  We were there for the spring race at Bristol Motor Speedway which is held during the day and the picture is amazing!  I can only imagine what it looks like at night! 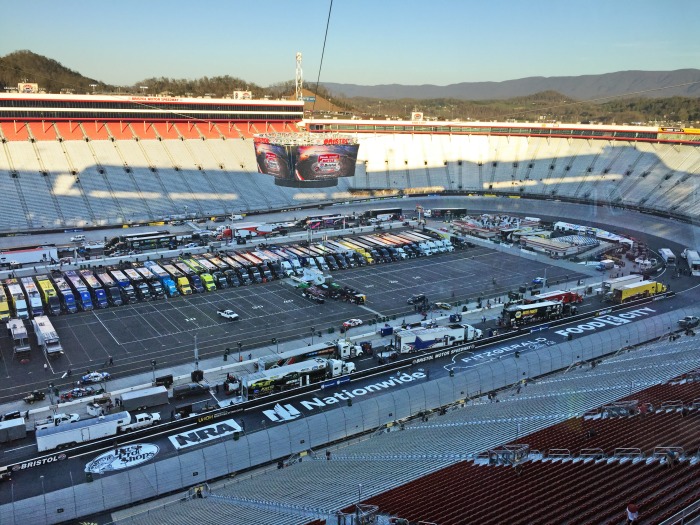 Colossus also has a state-of-the-art, 540,000-watt audio system powering 380 3-way loudspeakers and 48 stadium subwoofers.  By contrast, the current system has 2,400 watts of power, with only 10 2-way loudspeakers and 8 subwoofers.  Bristol Motor Speedway has also updated the rest of their audio system .  They have 450 speakers all around the speedway so that no fan will be farther than 90 feet away from one. 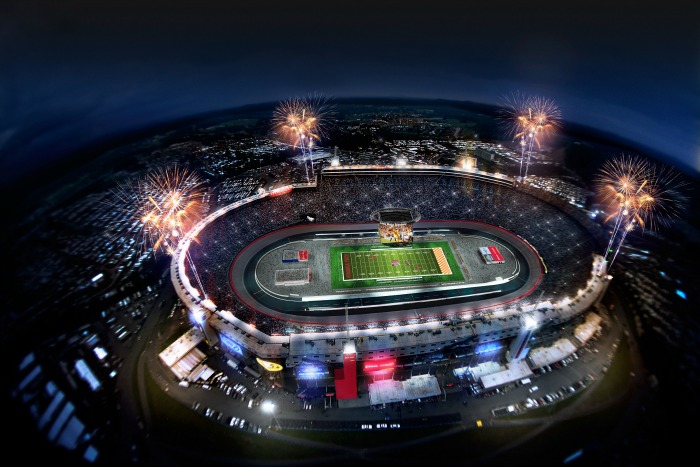 According to Bristol Motor Speedway here is what will happen after the NASCAR race in August:

ESPN/ABC are going to broadcast the game, so make  sure to tune in on Sept. 10 2016 to witness history.  If you want be a part of history being made you can get tickets at BristolMotorSpeedway.com

Thanks to Mom Central we are lucky enough to be a part of the Super Test Drive Team.  Since we were chosen, we are getting a new washer and dryer!  It can’t be any better timing since our washer is going out!  It is making the strangest noise, well anyway, we are giving our old… 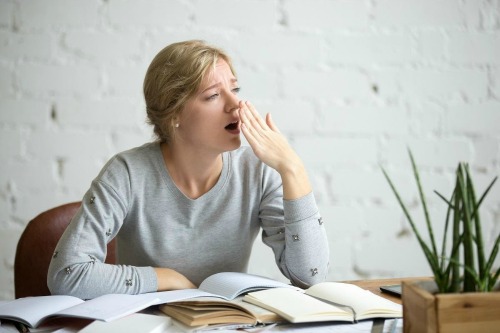 Starting college can be an exciting time. You’re able to meet new friends, take classes that interest you, and take responsibility for your learning. You might also find that college is the most tiring time of your life thus far. Between deadlines, tests, strict professors, busy schedules, and maintaining a social life, you may be… 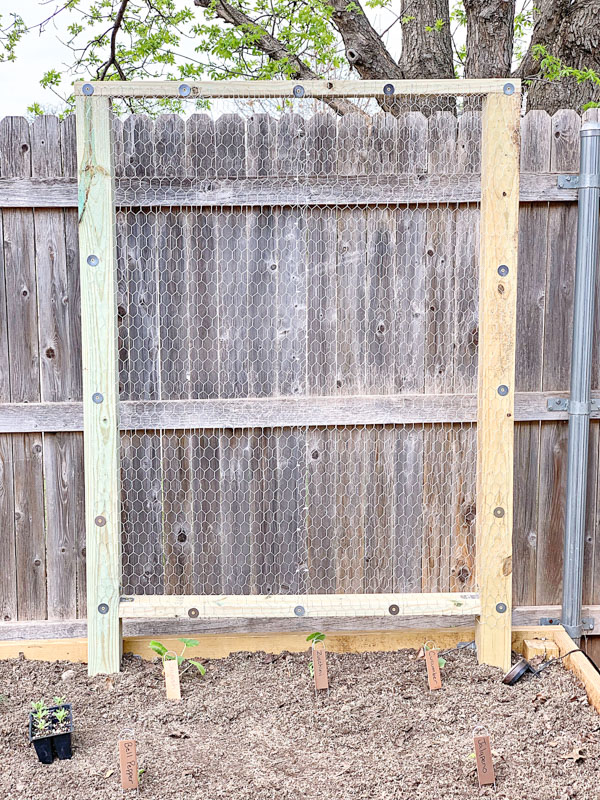 How to Make a Garden Trellis – See our latest outdoor DIY! DIY Garden Trellis: I am so excited about how our backyard garden is coming along. We have completed several bigger DIY projects as well as some maintenance on our Garden Makeover from last year. The latest project involved putting up a DIY Garden… 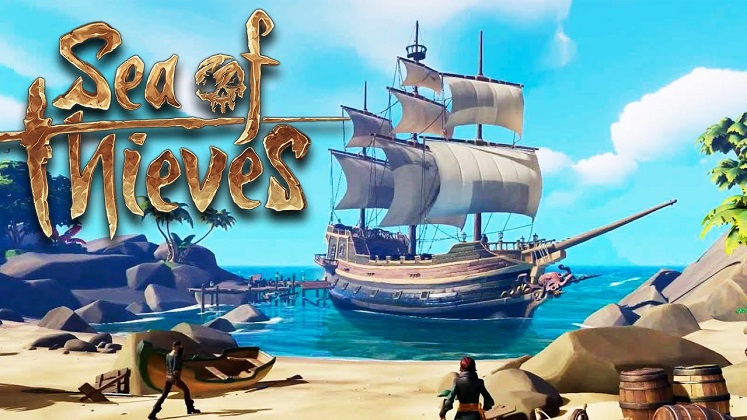 Ahoy Mateys! Microsoft is introducing their new Sea of Thieves game with a twitter party and you’re invited!  Join us to learn all about the new game (and gaming in general) and for your chance to win some awesome prizes. The #SDCSeaofThieves twitter party will be held on Thursday, March 22nd and starts at 6PM PT/9PM… 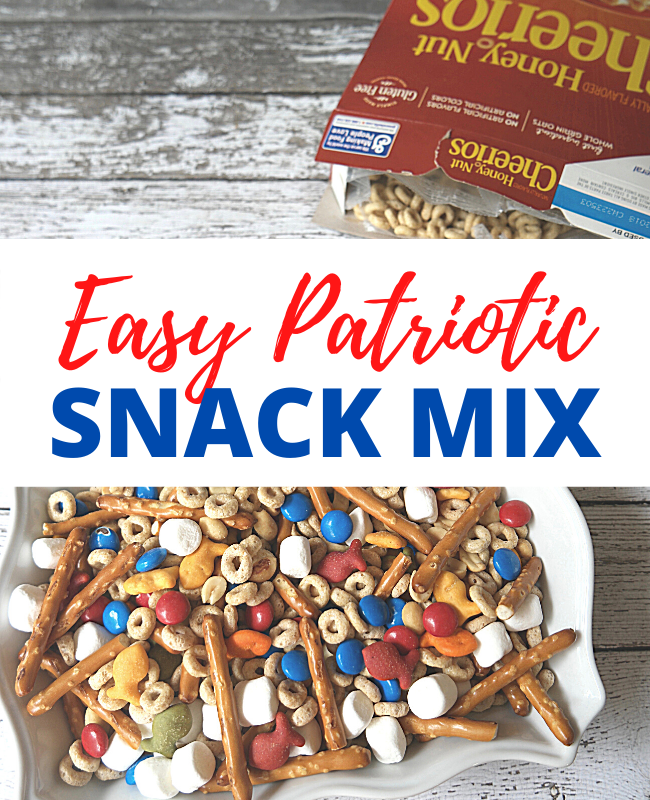 Check out this kid friendly Patriotic Snack Mix we made with Cheerios? I love the versatility of the original “Yellow Box” Cheerios in recipes. 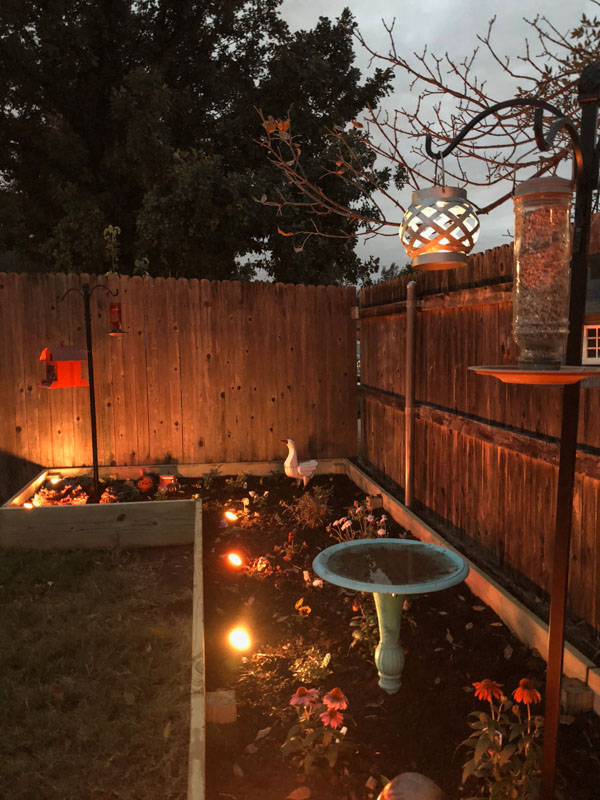