If you're like most college students, you're always looking for ways to save money. Well, one great way to do that is by playing games instead of spending money on expensive activities. So, if you're looking for something fun to do that doesn't cost a lot of money, check out some of the best board games for college students. These games are sure to provide hours of entertainment without breaking the bank.

Most college students are busy worrying about studying, getting all of their papers done, and just making it through the week that they often forget to take time for themselves. Either they just don't have the time or money but that are a few simple ways to make sure you take some time out to release some stress.

Look for ways you can outsource some of your school tasks. For example, you could use sites like Essaypro.com or trade out some house cleaning duties with a fellow classmate. Also, look for inexpensive activities such as playing board games with friends? Today we are going to look at some of the best board games for college students.

Board games are a classic source of entertainment for people of all ages. They provide a great way to unwind and have some fun, whether you're playing by yourself or with a group of friends. For new college students, board games can be a great way to break the ice with new classmates or relieve stress during midterms week. And while there are countless board games to choose from, candy land, speed charades, and monopoly are some classic favorites that are sure to please any college crowd. So if you're looking for a fun-filled activity to take your mind off of exams or just want to bond with some new friends, break out the board games and get ready for some good old-fashioned fun.

Trivial Pursuit is a popular game that can be played with a large group of people. The object of the game is to answer trivia questions from different categories. Players advance around the board by correctly answering questions. The first person to reach the finish line wins the game. Trivial Pursuit is a fun game for college students because it is a test of knowledge and there is something for everyone. The number of players depends on how many want to play but you will need at least two or more players. Players can answer questions from six different categories: geography, entertainment, history, art and literature, science and nature, and sports and leisure. The questions become increasingly difficult as the game progresses.  Trivial Pursuit is a fun way to learn new things. This one is another classic game that has been around a while. Buy it Now.

Hasbro's Game of Life is one of the best board games out there and it's a ton of fun for college students. The game board includes a spinner that decides your fate as you go through different stages of life. You can be a doctor, lawyer, or even an astronaut. The best part about the game is that it's never the same twice. You can play with two to four players and the game takes about two hours to complete. It's the perfect way to spend quality time with friends while getting a little bit of competition in. If you're looking for a classic board game that's a lot of fun, then look no further than Hasbro's Game of Life.

One thing I want to mention about this game is that it's not only great for college students but young children can play this game as well which makes it the perfect game for family game night. Buy it Now.

Scrabble is a simple word game that can be enjoyed by people of all ages. It's can be a two-player game or played with multiple fellow players, making it a great activity for families and groups of friends. The simple rules make Scrabble easy to learn, and it can be played in a short amount of time or over the course of a long evening. To play, each player selects seven tiles from a bag, which contain a mix of letters. The goal is to create words on a board, using the letters on the tiles. Each word must connect to another word already on the board. Players take turns adding new words, and points are awarded based on the number of letters in the word and the position of the word on the board. The winner is the player with the most points at the end of the game. Whether you are looking for challenging word games to play with friends or a fun way to pass the time, Scrabble is a great option. But it Now.

Exploding Kittens is a party game for college students that is easy to learn and lots of fun. The object of the game is to avoid drawing an exploding kitten card, and the last player standing is the winner. The game can be played with two to five players, and each player starts with a hand of seven cards. The deck of cards is shuffled, and the top card is turned over. If the card is an exploding kitten, the player who drew it loses the game. If it is not an exploding kitten, the player can either keep the card or discard it. The next player then has a turn, and the play passes clockwise around the table. The game continues until only one player remains. When playing with more than two players, it is also possible to offer concessional cards, which allow players to stay in the game even if they draw an exploding kitten card. Exploding Kittens is a simple party game that is perfect for college students looking for some fun and excitement. So get your friends together and see who can survive the longest without drawing an exploding kitten! Buy it Now.

Night Ultimate Werewolf is a game that is perfect for college students who want to have a lot of fun. The goal of the game is to find all of the werewolves before they find all of the villagers. To start the game, each player is given a card that tells them whether they are a villager or a werewolf. The game is played in rounds, and each round starts with all of the players closing their eyes. The werewolves then open their eyes and pick one player to kill. The round then ends with the players discussing who they think the werewolves are. This continues until all of the werewolves are found or all of the villagers are killed. Night Ultimate Werewolf is a great game for college students because it is easy to learn and can be a lot of fun. Buy It Now.

Chess is an addictive game of strategy that dates back centuries. Though it may seem like it has a complex set of rules, Chess is actually a relatively easy game to learn. The game is played between two players, each with 16 game pieces. The objective of the game is to capture the opponent's king. The game starts with each player positioning their pieces on opposite sides of the board. The first player then makes their move, and play alternates between the two players until one player either captures the other player's king or the game ends in a draw. throughout the game, players must use strategic thinking to outmaneuver their opponent and put their king in a position of safety. With its addictive mix of risk and reward, Chess is a fun and engaging way to test your strategic skills. Buy It Now.

Settlers of Catan is a strategy game that is popular among college students. The objective of the game is to earn victory points by building settlements and cities. Players must trade resources in order to obtain the necessary building materials. The player who earns the most victory points wins the game. Settlers of Catan is a fun game for college students because it requires strategy and planning. The game is also social, as players must trade resources and interact with one another in order to win. Moreover, the game is easy to learn and can be played in a short amount of time. College students who are looking for a fun and challenging strategy game should consider playing Settlers of Catan. Buy It Now.

Twilight Struggle is a two-player tabletop game that simulates the Cold War. One player takes on the role of the Soviet Union, while the opposing team player represents the United States. The game is played on a map of the world that is divided into different regions, each of which has its own deck of cards. Players take turns drawing and playing cards, which represent various historical events, such as the Cuban Missile Crisis or the Berlin Wall. The goal of the game is to score more points than your opponent by controlling key regions of the world. Twilight Struggle is a great game for college students because it is relatively simple to learn but difficult to master. It is also a great way to learn about the history and to experience the tension and excitement of the Cold War firsthand.

While there are many great video games out there, sometimes it's best to go old-school and have a board game night. We hope this list of the best board games for college students will help you unwind, let loose and just have an old-fashioned good time with your fellow college students or even the whole family. Buy it Now.

Have you joined our Facebook yet? We have over 18,000 members who share deals, recipes and lifestyle tips with each other. Click here to join and start saving with us today.

Want MORE DEALS? Check out AMAZON FACEBOOK GROUP where we post deals and codes for up to 75% off Amazon products.

If you love to shop online check out some of our other online shopping deals and online coupon codes. Many shopping codes are only available for a limited time so make sure you check them out now! 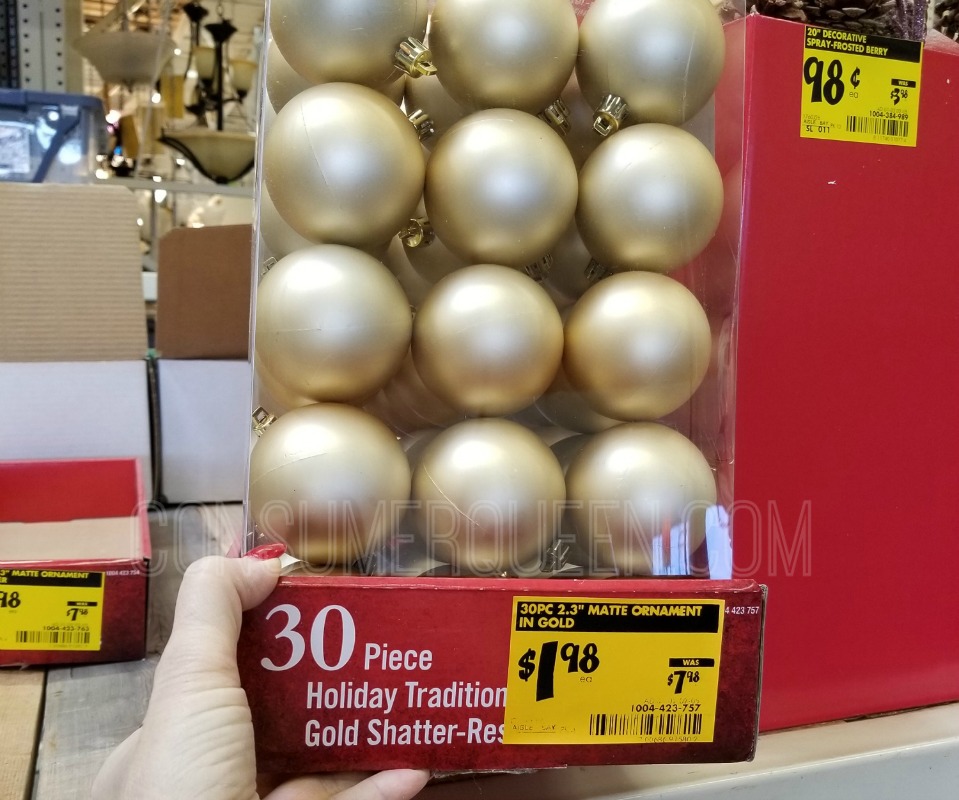 “This post is sponsored by Sivan Social. All comments and opinions are my own.“ Did you know Home Depot has Furniture and Decor?? See more here and don’t forget to enter the givaway! Surprising Things You Can Find at Home Depot: Furniture and Decor! If you shop Home Depot often, you’re probably most often there…

“This post is sponsored by Savings.com.”      See the Savings.com Wholesome Savings Coupons at Whole Foods Stores! Who loves printable coupons?? If you love them like I do, this post is for you!  Right now, Savings.com has great coupons available on natural & organic products from healthy brands.  Check it out here. Eating healthy… 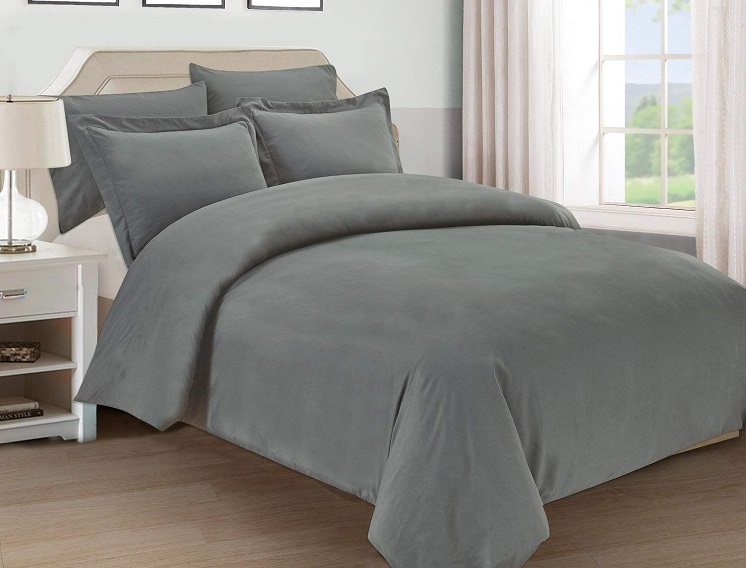 When it comes to buying flowers there are some varieties which are ideal for specific occasions. The beauty of buying flowers however is that there are so many beautiful options. Best Flowers for Specific Occasions If you are not aware of exactly what type of flowers you should be buying for christenings, weddings, funerals or…

Tired of smelling your own breath? Try these easy Face Mask Sprays. This mask spray is not intended to prevent illness or clean your mask (see disclaimers at end of post), but it may help your mask smell a little fresher! Scroll down for more! Face Mask Spray – Keep Your Mask Clean and Fresh!…